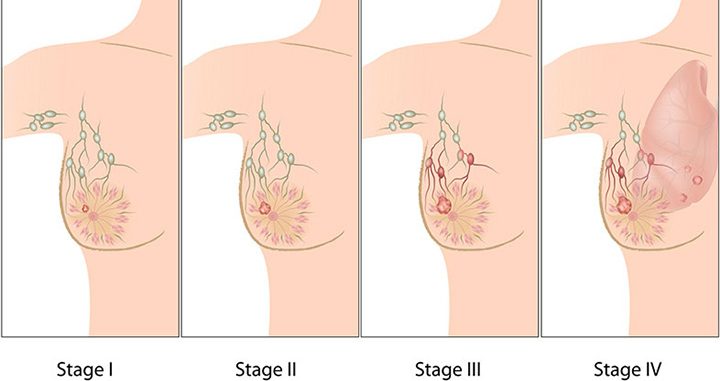 After HIV/AIDS, cancer has been rated as the disease with the highest number of mortalities. Not everyone is aware of the magnitude of this killer disease, let alone its stages. Now, there are over a dozen varieties of cancer but today, we will have a specific focus on breast cancer. We’ll touch on the critical understanding of breast cancer; specifically, it stages. The stages of breast cancer simply classify the attack extent or scale of the disease over time. These stages are of great importance in determining the treatment one will get and its effectiveness.

The Basic Form of Breast Cancer

Like all cancers, breast cancer will usually start out as a fairly undetectable tumor. This tumor eventually spreads out from the inception point to other parts of the body forming a vicious network of deadly tumors or rather, cancers. The early stage of the tumor is the easiest to manage and patients and doctors usually meet the news of a stage one breast cancer with a sigh of relief. For stage four, things become a little bit messy and the much-coveted assurance from the doctor will be a lot more scarce. So, now we’ve taken a brief look at the early and final stages of breast cancer. But how many stages of breast cancer should we be looking at exactly?

There are effectively five stages of breast cancer development. The number is relatively stable across different types of breast cancer since the general growth and development of the cancerous cells is pretty much the same. The numbering scheme for these stages can be a bit confusing. The stages start from zero to four (not one to five as presumed). Each stage has its own characteristics, pros (hopefully) and cons. In most instances, the stages of breast cancer also have sub-stages with their own unique characteristics; but that will not be of particular concern now. To make the digestion easier, we will go through each stage, comprehensively; step by step.